On Saturday morning, September 3rd, 2022, our Brother Gregorio Carrizal Dolores, OSB, was ordained a priest by Archbishop Jorge Carlos Patron Wong, of the Archdiocese of Jalapa, Veracruz, Mexico.
Our monastery of Santa Maria y Todos Los Santos, to which Father Gregorio belongs, is located within the Archdiocese of Jalapa.
Father Gregorio, Archbishop Jorge Carlos and our Brother Leander are fittingly the subjects of today’s photo, taken after the ordination Mass, at the reception hall of the Major Seminary of the Archdiocese of Jalapa.
Some three hundred people enjoyed delicious food, fraternal conversation and sensational music by a band of players typical of Veracruz (think of the song, “La Bamba,” originating in Veracruz).
We are very proud of our brother Gregory, for his learning a new language (Italian!) and for his perseverance in study of Theology and Monastic studies in Rome over the past three years. Father Gregorio will return to Rome for further studies in October.
Ad multos annos Pater Gregorio.
Abbot Christian and the monks 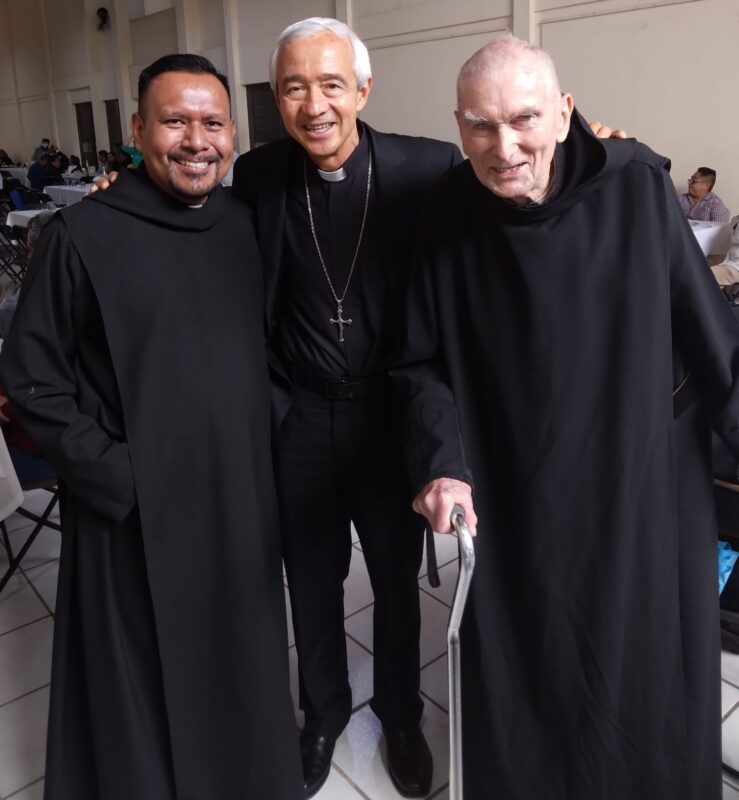