September 21st: Our Lady of Solitude

The month of September holds three feasts associated with the Blessed Virgin Mary. The first, on September 6th, is the Feast of Our Lady of Solitude (La Soledad in Spanish).
Our monks at La Soledad Monastery in the State of Guanajuato, Mexico, keep September 6th as the principal feast of their monastery, which is dedicated to the memory of Our Lady of Solitude.
Today’s photo is a close-up of an icon of “Nuestra Senora de La Soledad,” which hangs in the monks’ church in Mexico. In Our Lady’s left hand is an image of the tiny original chapel built at La Soledad in the early 1970s by Father Aelred Wall, founding Prior of the Monastery of Christ in the Desert. Father Aelred lived his last years as a hermit at La Soledad in Mexico and died there in 1984.
The second September feast of Mary is kept on the 8th each year, dedicated to the Nativity or birth of the Blessed Virgin.
Finally, on September 15th, the Church celebrates Mary as “Our Lady of Sorrows,” honoring Mary as a witness to the suffering and death on the cross of her Son, Jesus Christ. There is a long-standing tradition of the “Seven Sorrows of Mary,” often recounted on September 15th.
Catholics tend to think of the month of May as especially dedicated to Mary, and rightly so, but Septrmber also has a clear focus on the mystery of the one who gave birth to the Son of God.
Prayers and greetings as September comes near to completion.
Abbot Christian and the monks 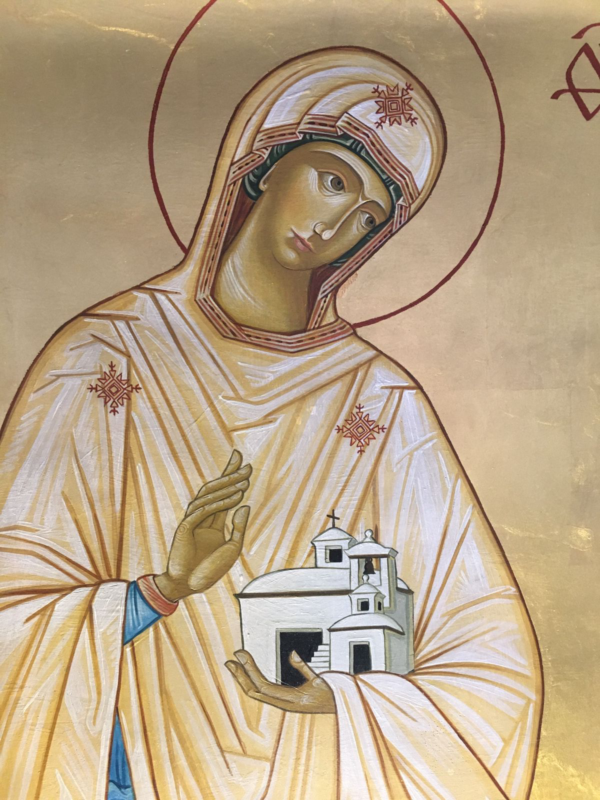