An unofficial motto of Benedictines is “Ora et Labora,” pray and work. They are really two sides of one coin in being a monk. Or equally true, in being a Christian. All of us should pray and work, whatever our call in life.

Our community retreat this year, directed by Father Joel Rippinger of Marmion Abbey, Illinois, has been focused on the “nuts and bolts” of our monastic call. Twice-daily conferences have touched on the themes of liturgy, prayer, obedience, silence, celibacy, stability, poverty, work and hospitality. Sure, we’ve “heard it all before,” but it’s all too easy to forget the salient points and put them into practice. An annual retreat is another form of a “booster shot” for monks!

Regarding work, Father Joel emphasized that work is not meant to be a dehumanizing force by any means, but rather part of our participation in the creative process of which God is the Supreme Creator of heaven and earth.

Jesus himself was trained in the workshop of Saint Joseph in Nazareth, being a “techton” in Greek, which is not simply a carpenter, but better translated as a “handyman” and one who fashions a variety of items.

We are called to do likewise, in whatever work we’re assigned in the monastery or take up in our various vocations. Saint Paul was a tentmaker, for example, in addition to being the Apostle to the Gentiles!

Furthermore, everything we do should be directed to promoting peace. Work is an important part of the fabric of our life in being peacemakers, for young and old alike.

At end of the day, though, we should say with the psalmist: “Not to us, O Lord, not to us, but to Your Name be the glory,” with the prayer that all will “work out well.” 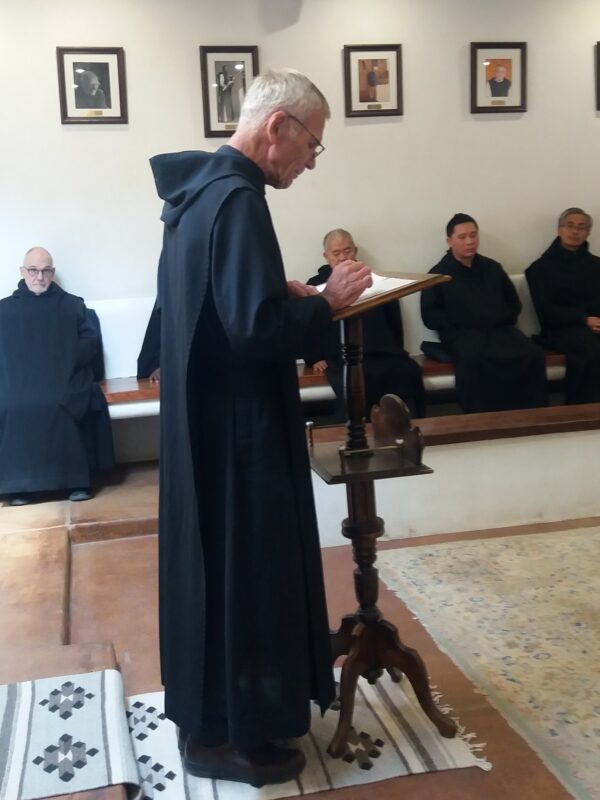