May 2nd: Meet Our Prior (If You Haven’t Already)

Our Prior Bonaventure Nguyen has the  distinction of being born on May 10th, 1980. The distinction? 1980 was the year that Benedictines around the world, and really the whole Church, celebrated with great joy the 1,500th birth of Saint Benedict of Nursia, who lived from 480 to 547 AD.
Father Bonaventure of Christ in the Desert has served in the office of Prior, that is, second superior in the monastery after the abbot, since early 2019.
The Prior coordinates the daily work assignments of the brethren, oversees any trips outside the monastery (medical, dental, shopping, etc.), as well as assigns the service of the monks relating to the Liturgy, such as Mass celebrants, servers, and readers. He also makes the refectory assignments, such as table setters and servers, table reader, dishwashers and general clean up.
On many levels the service of the Prior in a monastery is very practical and even mundane, but Saint Benedict in his “Rule for Monasteries,” around which Benedictine monasteries are  structured, considers the office of Prior an important one. Most abbots will admit they rely heavily on the presence and work of the Prior.
Prior Bonaventure Nguyen is a calm and collected soul, well-suited for the job to which Abbot Christian has assigned him.
Prayers for our Prior and all our monks are welcome and appreciated.
You are in our prayers as well.
Abbot Christian and the monks 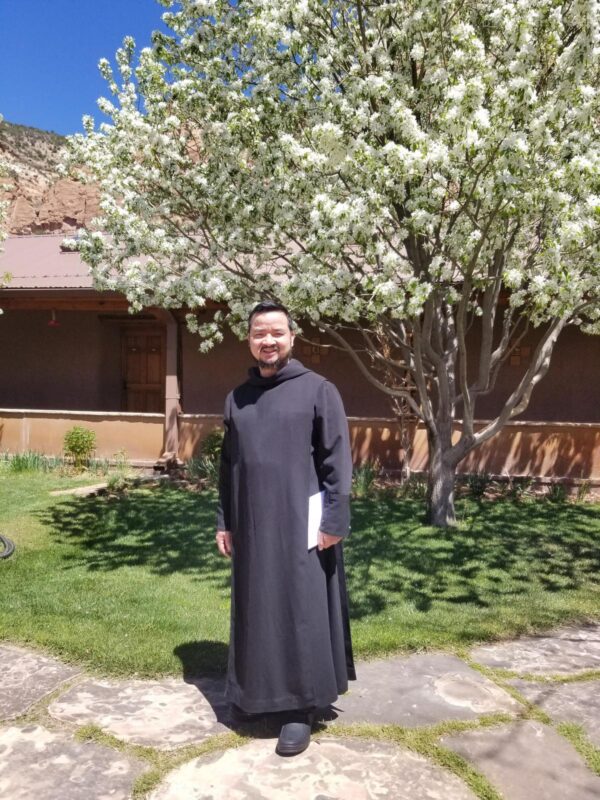