Having completed in October of last year a two-week long icon-writing course with Abbot Damian Higgins of Holy Transfiguration Byzantine Catholic Monastery at Redwood Valley, California, our Brothers Savio and Efren have set up an icon studio here and have begun to work on their own to produce icons.

The method the monks are using is traditional egg-tempera, meaning natural earth pigments mixed with water and egg yoke in the creation of icons. The work is most often referred to as “writing icons,” because of the sacred character of the craft.

The ancient Egyptians used the same materials, earth pigments and egg yoke, in the pyramids and their funeral images, which endure to this day, due to the enduring quality of egg tempera.

While our brothers are not yet ready to write large scale sacred images for churches, they are taking the first steps of learning a great tradition of Christian sacred art. 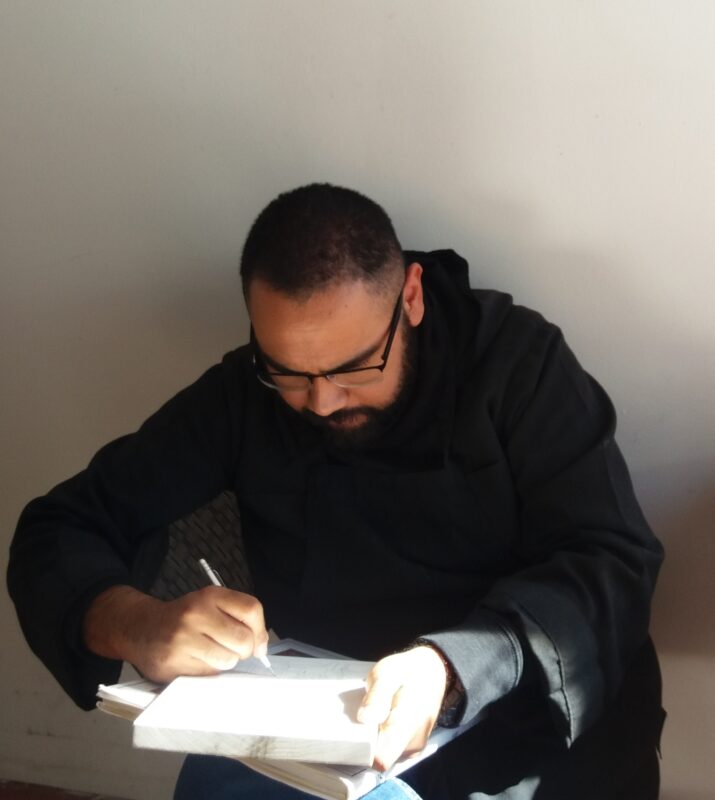