Despite having posted on this page the proverbial “last rose of summer,” and after having received already a foot of snow a couple of weeks ago, only very recently have in fact the last of the summer roses bloomed.
Daytime temperatures have again climbed to the mid to high 60s of late and usually drop down to the mid 30s at night.
The lawns in our cloister garth and in Mary’s Garden north of our church have stopped being mowed, garden hoses have been gathered up and fallen leaves need to be raked up. The seasons definitely are changing and a sense of the earth quieting down is in the air.
The majestic bald eagles, typically wintering along the Chama River which runs through our property, have appeared once again. They are so swift in flight and high in the sky that it is difficult to photograph them. Perhaps eventually 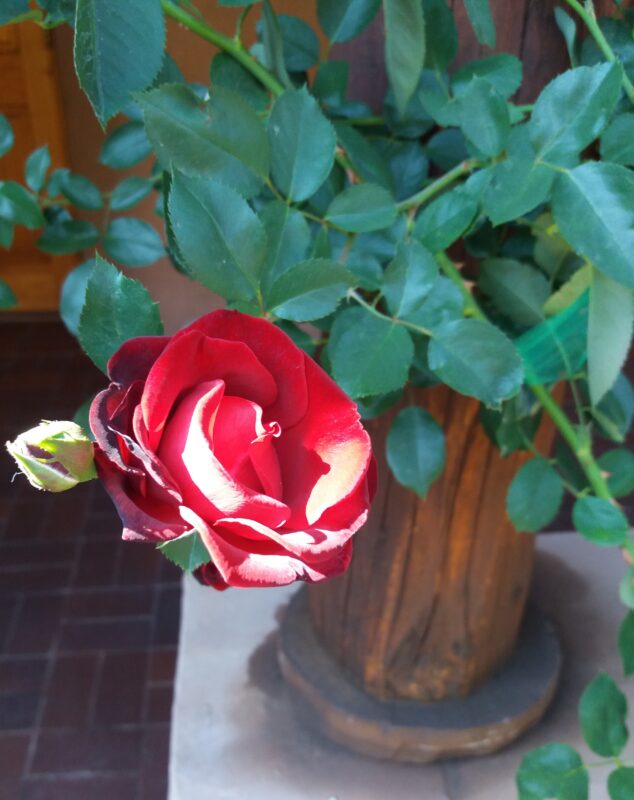