Today is the great feastday of Saint Benedict, considered to be the Founder of Western Monasticism. The famous Rule for Monks that Saint Benedict wrote around 540 AD is still being followed by many thousands of monks, nuns and oblates around the world.
Some of the honorific titles given to Saint Benedict over the centuries since his death (about 547 AD) include the following, with the Latin title, then its English translation:
Pacis nuntius (Messenger of Peace)
Unitatis effector (Architect of Unity)
Civilis cultus magister (Teacher of Culture and Civilization)
Religionis Christianae praeco (Herald of the Christian Faith)
Patronus totius Europae (Patron of the Whole of Europe)
Today’s photo is of an image of Saint Benedict in the monastery church at La Soledad, Atotonilco, Mexico.
A blessed celebration of Saint Benedict! May he and his sister Saint Scholastica intercede for us all. 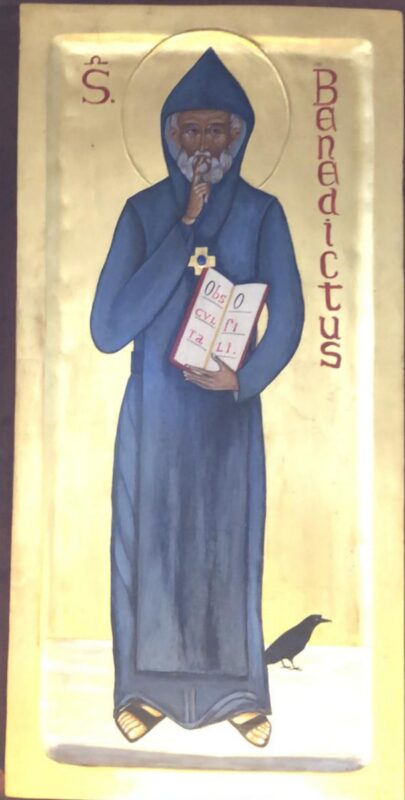