This past December, two of our monks, Brother Savio and Brother Chrysostom, visited the Monastery of Our Lady of Solitude (La Soledad), in central Mexico, near the colonial town of San Miguel de Allende.
La Soledad is the place where the founder and first superior of Christ in Desert, Prior Aelred Wall, spent the final years of his life as a hermit, living a life of solitude and prayer, and where he died in 1984.
Following Father Aelred’s death, La Soledad became a monastery, rather than a hermitage, and at present there are three professed monks and six novices in the community.
As today’s photo indicates, the monks at La Soledad wear a blue tunic and scapular and novices wear a blue tunic and a crucifix around the neck. At profession of vows, novices receive the Benedictine scapular that goes over the long tunic.
As a “foundation” of Christ in the Desert, also called a “dependent house,” we keep in close contact with the community and try to arrange fraternal visits when possible.
Abbot Christian and the monks 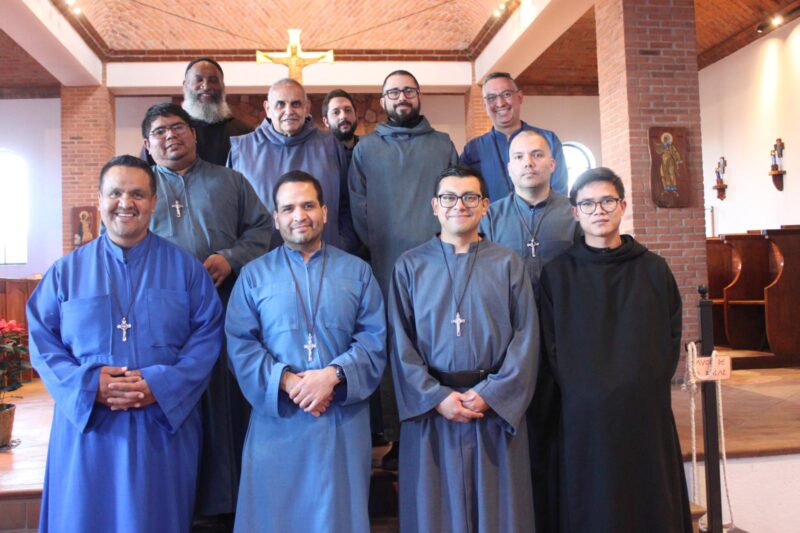