Today’s photo was taken at sunset on January 4th, offering another glimpse of the “grandeur of God,” as British Jesuit poet Father Gerard Manley Hopkins, who died in 1889, referred to the wonders of creation.
Because we live in a canyon, in a valley between high sandstone cliffs, sunrise and sunset can be less than dramatic from our vantage point.
However, especially in the winter, things change and we are given vistas such as captured in today’s photograph. No Photoshop or fiddling with the photo, just a view of the natural beauty that surrounds us.
Listen to the opening words of Gerard Manley Hopkins 1877 poem,  “God’s Grandeur”:
“The world is charged with the grandeur of God.
It will flame out, like shining from shook foil;
It gathers to a greatness, like the ooze of oil
Crushed.”
Abbot Christian and the monks 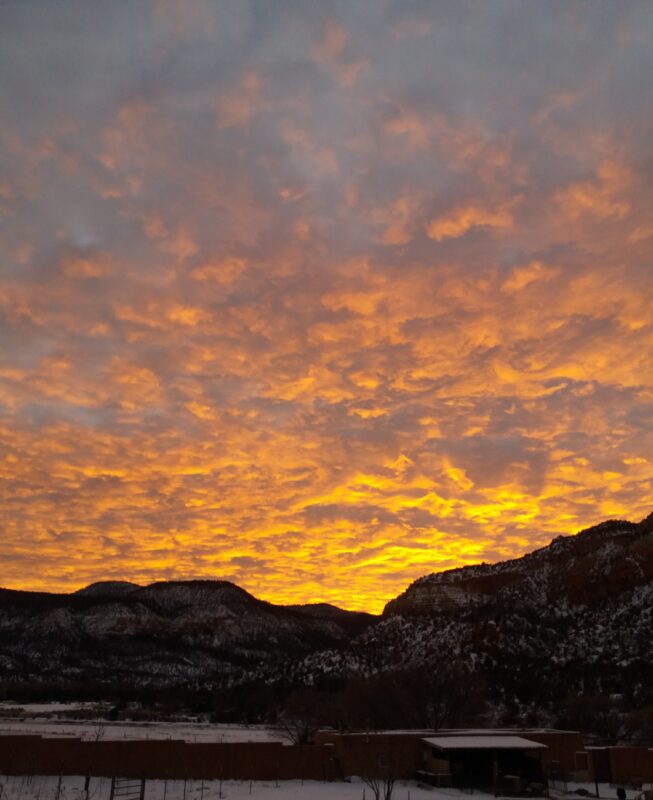