A special patron of the Archdiocese of Santa Fe, New Mexico, is Saint Francis of Assisi, who died in 1226 and whose feastday is kept on October 4th each year.

The official name of city of Santa Fe, the capital of the state of New Mexico, is “La Ciudad Royal de la Santa Fe de San Francisco de Asis”; that is, “The Royal City of the Holy Faith of Saint Francis of Assisi.”

The first Catholic missionaries to the great Southwest, including what is now New Mexico, were followers of Saint Francis, called today “Franciscans.”

Franciscan friars continue to minister in our area and a number of them are our friends.

The small carved image of Saint Francis in today’s photograph is in our cloister garden.

Lord, make us instruments of your peace!

Happy Feast of “Il Poverello,” the poor man of Assisi. 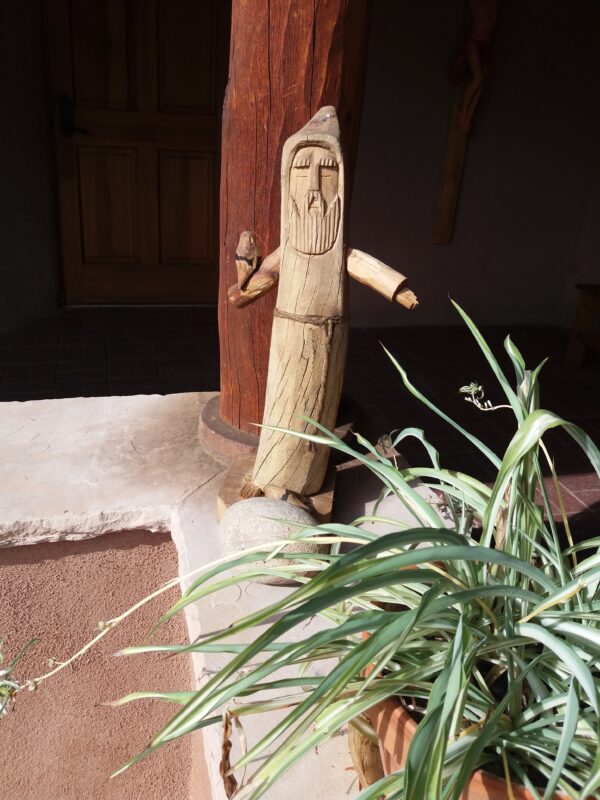