On September 6th, the annual Feast of Our Lady of Solitude (La Soledad), Brother Santiago made his first profession of vows as a Benedictine monk at the Monastery of La Soledad, in the state of Guanajuato, Mexico, and near the city of San Miguel de Allende.

Brother Santiago, who grew up in Venezuela and the United States, is pictured here with Prior Ezequiel of La Soledad. 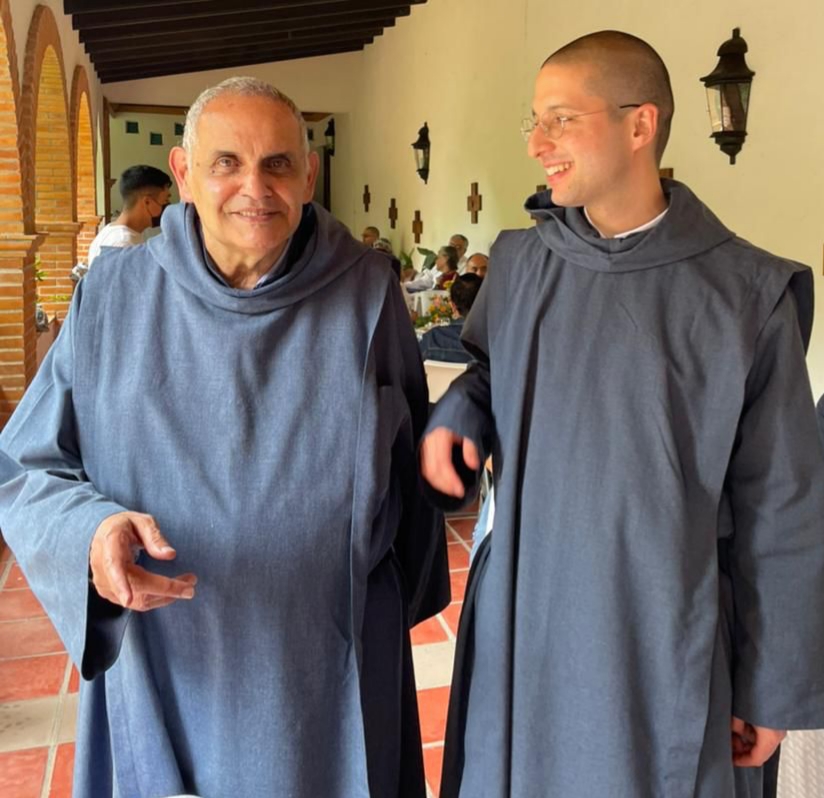