When it comes to computers, two of our “go to” monks are Brothers Boniface and Jude. Both born late last century, they predictably know what needs to be known about computers. As one monk quipped, they have probably forgotten more than many of the rest of us will ever know about computers.

In the photo today Brother Boniface, holding a “thank you” card, is shown in the process of installing new a new battery (or batteries?) in a laptop computer. The thank you card came with the purchase of batteries.

Brother Jude is beaming because the computer being fixed is his and he does all the ordering of our food via the internet each week, which is picked up by two monks, normally each Tuesday, in Espanola and Santa Fe.

Sometimes we’re asked: what’s so special about Tuesdays for the weekly shopping trip? The answer is simple: Nothing!

Our greetings and prayers. 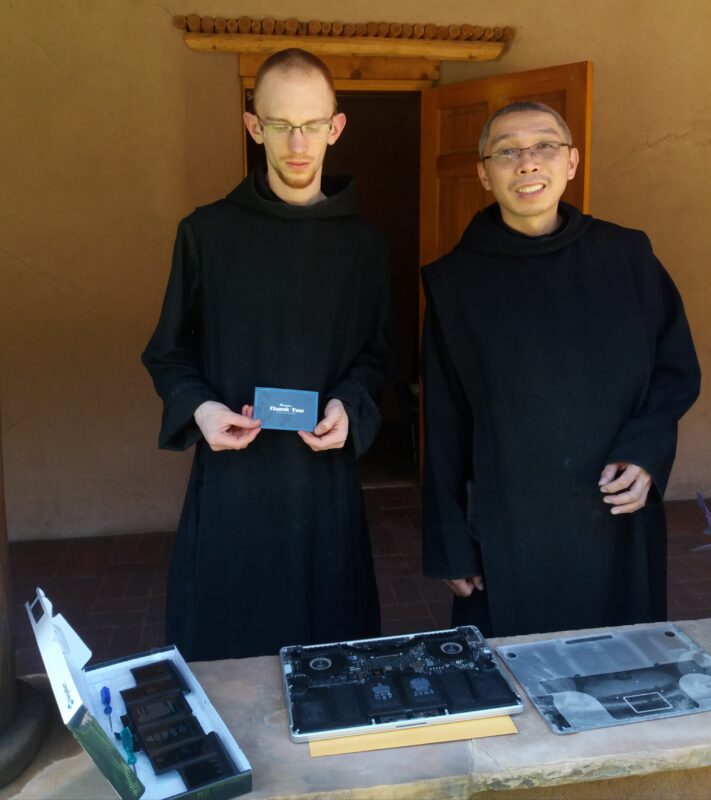