In the 1960s, a “British-invasion” musical group sang a song called, “I’ll Follow the Sun.” The sunflower does just that, and in Spanish the name of the flower is “girasol,” literally, “turning toward the sun.”

Our rainy season is usually at this time of year, and a variety of wild sunflowers begins to appear along the road to and from the Monastery, technically called “Forest Service Road 151.”

This year, with less rain in the Chama Canyon, there are fewer of the sunflowers, though hopefully more will bloom in August.

The spiritual lesson from the sunflower might be the importance of constantly turning to the Lord, through thick or thin, rain or shine. Never give up, in other words.

This past year and a half has been among the most challenging time in many people’s lives. The call is to stay calm and carry on, as a British era well before the 1960s expressed it. It is still a valid reminder.

The photo below was taken on July 28th, some miles from the Monastery, but on Forest Service Road 151.

Greetings to all and assurance of our prayers. 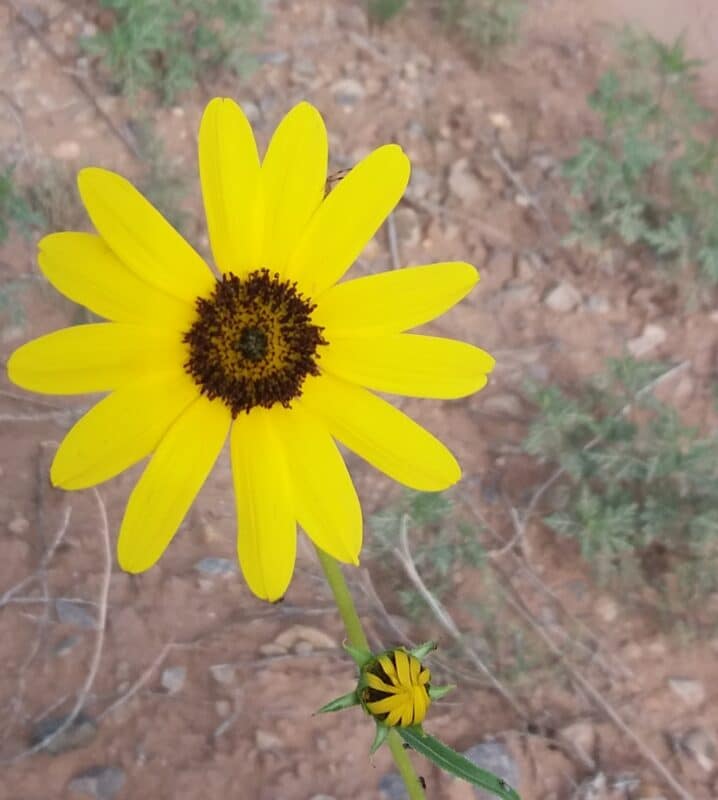