June 15th: Lambs on the Rocks

Our two dozen sheep, mostly ewes, but also a few young rams, are doing well. The same goes for Matty the guard donkey, who keeps a watchful eye on the flock.

Our sheep are a heritage breed, called Navajo-Churros, having arrived in the New World with Spanish explorers in the 16th century, but originally from the Middle East. Since the Churro sheep arrived in North America, the Navajo peoples have cultivated the breed, right to present times.

Navajo-Churro sheep are an especially hearty breed, fit for the rough terrain of the great Southwest and the cold winters. Their wool is prized for weaving and unlike other sheep, Churros are sheared twice a year, so plentiful is their fleece.

The Monastery flock has a good amount of pastureland in which to roam and graze. Danger from predators, such as coyotes or mountain lions, is next to nil because of the instinctive protection donkeys possess. In other words, so far, so good.

Blessed week in progress and a promise of our prayers. 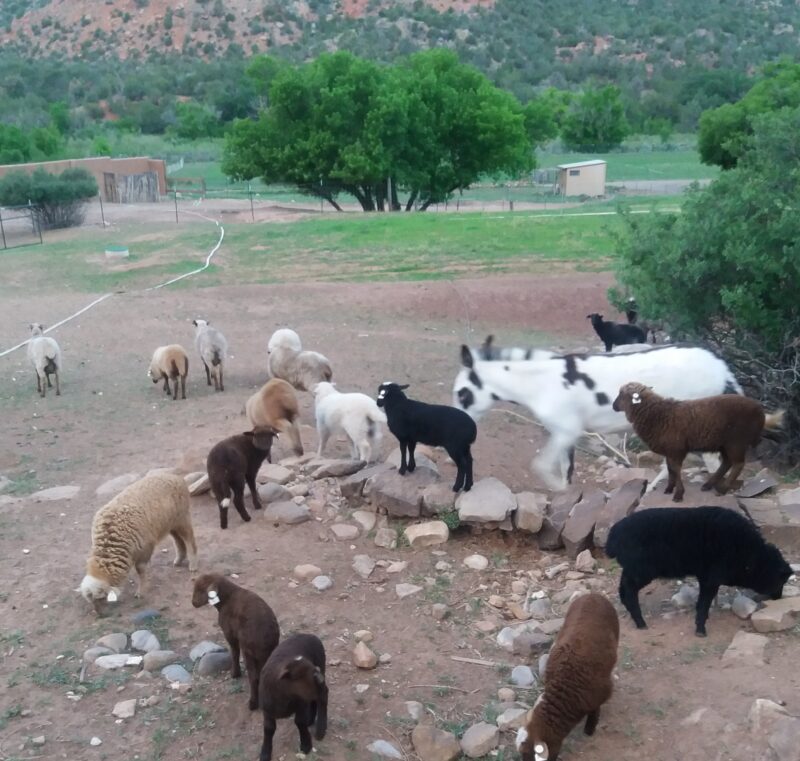