Yesterday, March 13th, on a rather blustery Saturday afternoon, a new lamb was born here, a chocolate-colored ram. Our flock of ewes was aflutter with excitement at the new arrival, not to mention the brothers who tend the sheep, who were also on hand to witness the event. The mother’s name is Kelma, and the ram thus far unnamed. Any suggestions?

Matty the guard-donkey was also keenly aware of a new member in Abbotsfield and conducted her own “welcome aboard” jig, with jumping about in apparent glee.

At present we have twelve ewes and the one newborn ram. In the Middle Ages monasteries were often begun by selecting twelve monks from a larger established monastery, with a thirteenth as superior, in imitation of Jesus and the twelve Apostles.

Our flock isn’t going anywhere just now, but we place it under the watchful care of the Good Shepherd. In fact, the new mother and her lamb are lodging quietly in what we call “Good Shepherd Inn,” their place of protection from the elements in Abbotsfield. 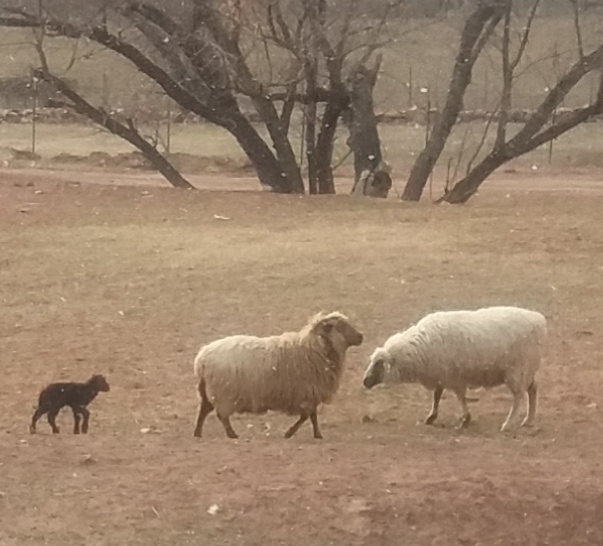