Pictured below is part of the cloister of the Carthusian monastery of Serra San Bruno, in Calabria, Italy. A dozen or so monks occupy the Serra San Bruno site and carry out lives of solitude, prayer and manual labor.
A monastery of the Carthusian Order is usually called a “Charterhouse.” The name derives from the place, Chartreuse, in France, where Saint Bruno, who lived from 1030 to 1101, began his first monastery.
The Carthusian Order (there are also monasteries of Carthusian nuns) is considered the strictest of all religious Orders in the Catholic Church. The monks or nuns spend the greater part of their day in their several-roomed private hermitages, which include a walled garden for growing produce and flowers and sometimes fruit.
Carthusian monks gather in their church each morning for some of the Divine Office and Mass. In the evening they gather in church for the Office of Vespers. Otherwise the monks are “alone with the Alone,” as the saying goes. For these reasons, Carthusians are usually called “hermit monks.” They do have a weekly walk together as a form of relaxation and recreation.
Saint Bruno died at Serra San Bruno, so the Calabrian Charterhouse holds a special place in the hearts of Carthusian monks and nuns around the world. The people of the town San Bruno, in close proximity to the Charterhouse, also venerate Saint Bruno, especially on his feastday, October 6th. A procession with relics of Saint Bruno are part of the ritual and liturgy on that day, with some of the Serra San Bruno Carthusian monks participating with the faithful. Locals turn out in great numbers to honor the monastic founder.
The best view of Carthusian monastic life is the 2007 film, Into the Great Silence. It is well worth watching. 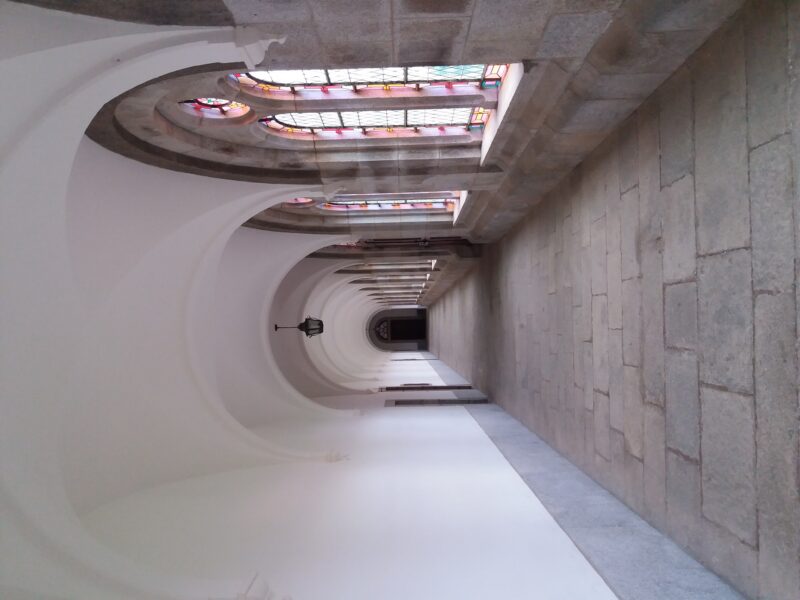