On this day we remember the death of the Founder and first Prior of the Monastery of Christ in the Desert, Dom Aelred Wall, OSB. He died on November 13th, 1984 at the age of 77.
Throughout this day we pray the Office for the Dead and offer a Requiem Mass for the eternal repose of the soul of Father Aelred. He died at La Soledad, Mexico, his hermitage near San Miguel de Allende, where he spent the last several years of his life.
The accompanying photo is of a sculpture of the death of Saint Benedict, who died in the arms of his brothers. The art work is at the Abbey of Montecassino, Italy, where Saint Benedict died on March 21st, 547.
May the souls of the Faithful Departed, through the mercy of God, rest in peace. 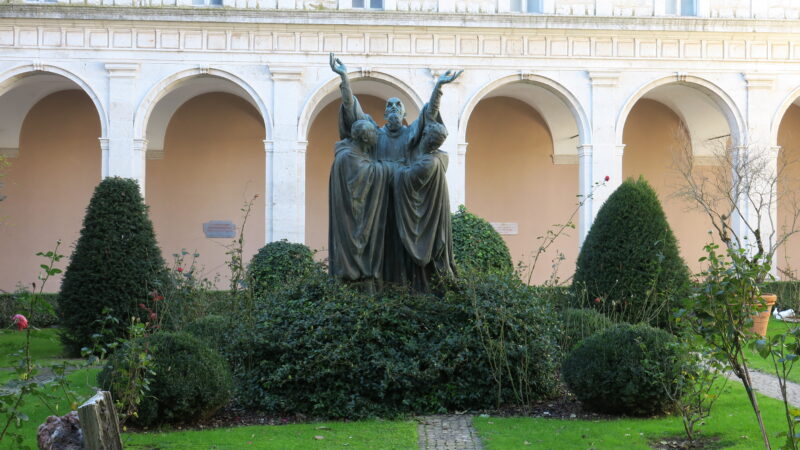