On Saturday, February 10th, two monks of the Monastery of Christ in the Desert, Br. Dominic and Fr. Simeon, made their final vows.  It was the feast of St. Scholastica, the sister of St. Benedict, and a most appropriate day for these two monks to promise to belong to Christ and the Monastery for the rest of their lives.  St. Scholastica is often remembered for her special and profound relationship with Jesus Christ, whom she called her “Bridegroom,” which is a fitting symbol of the meaning of the monastic vocation: a marriage-like covenant of perpetual love with the Lord for the benefit of all humanity.  All monks who make Solemn Vows promise to remain with their particular community for their whole lives because it is in the daily effort of community life that each grows in holiness, learning to love despite the many defects and faults of others, in imitation of Christ.  The Rt. Rev. Phillip Lawrence, OSB, the Abbot of this Monastery, presided over the Holy Mass which included the Solemn Profession in a ceremony where both monks promised to be obedient to the Abbot and the Rule of St. Benedict, and to undergo a life of conversion to become ever more configured to Jesus Christ. The Abbot reminded the monks that they were an official part of the Catholic Church and must do the Church’s work of telling the world by word and example of the Risen Lord while also making unlimited prayers on behalf of all peoples and their needs, in their struggles and hopes. The Abbot also encouraged these two men to give a complete gift of self regardless of setbacks.  The Abbot pointed out that St. Scholastica was said to have loved the Lord even more than her brother did, since she prayed for the two of them to spend an evening together discussing God and Heavenly things and was granted her request by sending a storm that prevented St. Benedict from leaving her side.  It is a wonderful image of fidelity to both God and brother and stands as a perfect example for the newly professed Br. Dominic and Fr. Simeon. 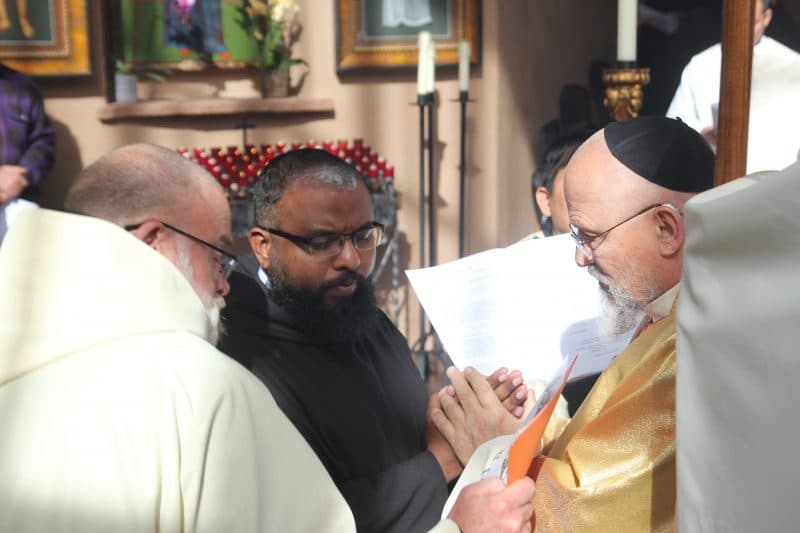 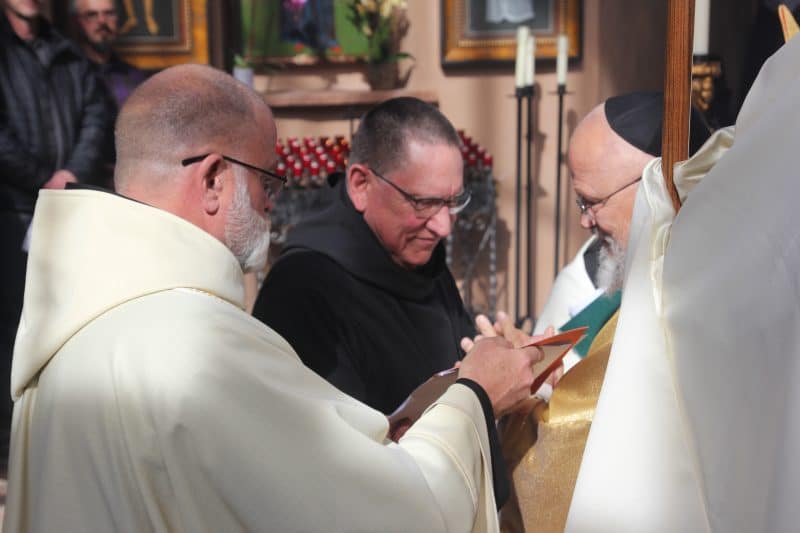 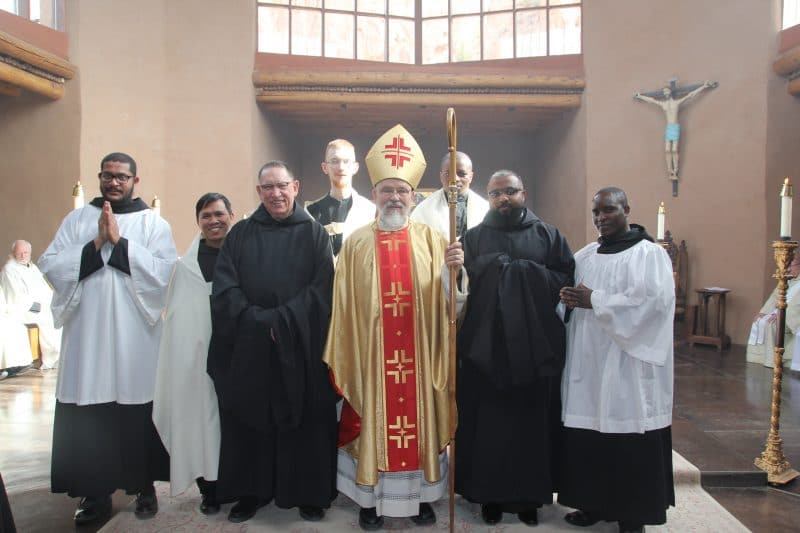